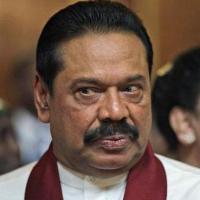 Posted by: ragu in Articles May 25, 2015 Comments Off on Election sees Rajapaksa fail to make a come-back 383 Views

Neo-liberal policies of UNP-led government will not satisfy demands of workers and poor.

Sri Lanka completed the second leg of national elections last Monday with the holding of the parliamentary election. In the presidential election in January, the incumbent president, Mahinda Rajapaksa, was roundly defeated and his 10 year dictatorial rule came to an end. Maithripala Sirisena was elected to take his place with a ‘hundred days’ programme. Pledges of good governance were made and the eradication of corruption, the abolition of the authoritarian powers of the presidency, restoring the democratic rights of the people and many more welcome reforms were there in that programme. However the parliament was controlled by the Rajapaksa-dominated United Peoples Freedom Alliance and some attempts by the minority government installed by President Sirisena were blocked by Rajapaksa loyalists. A huge stand-off was emerging in the administration of the country and a general election was long overdue. The election was dominated by the attempt of Rajapaksa to climb back to power by becoming the prime minister in the event of a victory for his UPFA camp. It is safe to say that a huge section of public opinion turned against this. coque iphone outlet shop More than a million out of the 5.8 million who voted for Rajapaksa in January deserted him this time to thwart this self-promoting aim. His UPFA was defeated by the more than 15 million electorate this time. coque samsung s8 plus The UPFA could muster only 4,732,000 votes as against the 5,098,000 votes received by the United National Party led by Ranil Wickremasinghe, who was the prime minister of the minority government installed by President Sirisena in January. While the UNP gained 45.6% of votes, the UPFA’s share of votes slumped to 42.3%.

The significance of this election was the rejection of chauvinist, anti-Tamil politics by many of the Sinhala majority people. Even after promising a thousand and one election ‘freebies’ in his manifesto, Rajapaksa turned to communalism soon after that of the Tamil National Alliance (TNA) was published. The TNA called for a federal structure within a united country as a solution to the Tamil national question. With that, Rajapaksa began to play the communal card by accusing Ranil of succumbing to the TNA demand in order to get their support to form a government in the event the UNP not gaining a majority. Voters turned their backs on this dirty manoeuvre by massively voting for the UNP, even in southern areas of the country which constituted Rajapaksa’s vote base. The importance of the Tamil national question was reiterated by the people of the north and east where they voted en masse for the TNA. It obtained close to 70% of the votes especially in the Northern Province where it won 14 seats out of 18. The Peoples Liberation Front (JVP), which once claimed to be Marxist, is nothing of the sort. It vaunted itself as the new force on the brink of gaining power but only managed to obtain 4 seats with a total vote of 543,000 – equivalent to 4.8% of the total votes cast. They have now completely abandoned any claim to be Marxist or socialist, even though a large number of youth who yearn for a better world have been attracted to the JVP’s apparent militancy. They do not see that they have been misled by the JVP leaders who are now pretending to be well-behaved gentlemen. The JVP’s expectations of gaining a sizable share of votes and a corresponding number of seats in parliament fell through. The FSP, which broke away from the JVP in 2012, also had a big youth base but now seems to be not firing on all cylinders, with just a few hundred instead of thousands of members. Both these parties are acting as barriers in the struggle to build a fighting left movement hand in hand with the organised working class.

The United Socialist Party, Sri Lankan section of the CWI, stood candidates in the capital, Colombo, and in the northern city of Jaffna and three other districts. It received some modest votes ranging from 303 to 490 in those districts. Although insignificant in numbers, these votes portend an important message for building a militant left force in the future which can advance the idea of mass struggle and socialism. Compared with the votes for the TNA in Jaffna, the vote for the USP is very small. But it received the highest number of votes for any left party there. It received 303 while, . The JVP obtained just 247 votes in spite of huge media coverage and their group being led by one of their former MPs – a Tamil from the estate workers sector in the central highlands. The Frontline Socialist Party – a breakaway group of the JVP, also with big media coverage, got only 127 votes. The USP in Jaffna, led by Siritunga Jayasuriya, had a low budget campaign, distributing modest handbills, but reaching a wider layer of the public. The government now being formed under Ranil Wickremasinghe will most probably be a coalition between the UNP and the SLFP – the main constituent within the UPFA. coque huawei d’occasion It might provide some relief to many people initially. But the main objective of forming such a government is to continue with neo-liberal programmes carried through by successive governments since 1977 to consolidate capitalist rule. Inevitably it will try to subjugate the working class movement which will undoubtedly come to clash with it. The USP as the only left party based on the working class will have to play an important role in such an eventuality. Our task today is to build the USP as a militant left force with trained cadres to face up to such challenges. This election campaign has once again seen the USP putting forward the most consistent left and socialist position. It has fearlessly fought for the Tamils’ right to self-determination even among the southern Sinhala people. Its unwavering stand has sometimes been an obstacle to gaining easy electoral popularity. coque samsung s8 plus However, the USP, unlike others, has never abandoned its principles for mere electoral gain. The correctness of its ideas and methods will be proven in the important struggles that ahead.

2015-05-25
ragu
Previous: Meet The Fist-Shaking Socialist Behind America’s Highest Minimum Wage
Next: USP May Day Celebration – 2015 -Fight for Democratic Rights of All