Interview with a socialist refugee from Ukraine

Posted by: dhammika in Articles April 26, 2022 Comments Off on Interview with a socialist refugee from Ukraine 374 Views

Interview with a socialist refugee from Ukraine

It is now more than eight weeks since the Russian parliament voted for Luhansk and Donbas to be recognised as independent republics and Putin’s tanks began to roll into Ukraine from the North, East and South. Figures vary depending on the source, but since then tens of thousands have been killed and injured on both sides.

A full scale attack on Ukraine’s capital, Kiiv, seemed to have been averted, if that was Putin’s intention. Russia’s flagship Moskva is lying at the bottom of the Black Sea. But renewed attacks on the capital have taken place and there seems no prospect of an early end to this war.

On 22 April, it was reported that Rustam Minnekayev, the deputy commander of Russia’s central military district said: “Russia plans to take full control of Donbas and southern Ukraine during the second phase of what it calls its special military operation”. Reuters commented that the statement “is one of the most detailed about Moscow’s latest ambitions in Ukraine and suggests Russia does not plan to wind down its offensive there anytime soon.”

New deadly assaults on the North East of the country are already in motion and cities like Mariupol are being pounded, with the steel works as a final redoubt. Safe corridors were opened to rescue inhabitants of that city and apparently closed again. Other cities and towns are targets for similar attacks by Russian forces as they push to complete the occupation of coastal areas linking Kherson, Nikolaev with Crimea and possibly Odesa in the South and the Donbas in the North, to at least complete the ‘land corridor’.

Putin may hope on having a major success that he can announce by May 9th – the national holiday that commemorates victory over Hitler’s fascism in 1945.

As many as eleven million Ukrainians have now become refugees – four and a half million of them travelling abroad. Georgi is one of them.

He is a socialist and trade unionist from Kiev who has discussed with us – Committee for a Workers’ International – before the outbreak of war and we have been in touch since. He had explained to us earlier how, as a medical worker, he was called up early and quite badly wounded at the front-line. He had then set about getting his wife and two children – one of whom is severely disabled – out of danger.

They made a long and perilous journey to Lviv – a city near the border with Poland occupied by the Red Army in 1939 and now being bombed by Russian forces. Since the Russian invasion of Ukraine began on 24 February this year, Ukrainian men between eighteen and sixty have not been allowed to leave the country. They must stay and fight. But as G was no longer able to serve in the army in any capacity, he was allowed to accompany his family onwards, through Poland to Germany. After being held in a refugee camp for some days, they were sent to a small town near Frankfurt and allocated accommodation with a friendly and welcoming family.

Last week (Thursday, 14 April) we were finally able to speak for some time on the phone. G and his wife have been consumed with numerous formalities, getting the children into schools, filling in forms for assistance and applying for jobs. Until G’s medical qualifications are confirmed by the authorities, he is working 12 hours a day in a restaurant washing dishes. There is a camera in the rest room to check no one takes more than the allotted 15 minutes to eat and rest. He is grateful to have any income at all to help pay his way as the amount anyone can take out of their savings in Ukraine is minimal. The rest goes to the army by decree of the Supreme Council.

G has to learn German fast, but he should be getting his papers from Ukraine soon and is looking forward to doing the work he has been trained for. His wife has Ukrainian qualifications as a hairdresser, but gets only a pittance in Germany at the moment.

G believes this war will continue for a long time yet. “Putin must have victory. It will not stop until he dies or is overthrown. There have been three weeks of Russian bombing and gas attacks at Mariupol where I have relatives. Mariupol is a key area, for Putin to secure the famous ‘land corridor’ between North and South. There is supposed to be some kind of humanitarian corridor to get the last civilians out. But they have been using ‘Fosgen’ in the area – a lethal gas used in the first world war.

“My cousins – twins as it happens – were evacuated on a bus to Krasnodar in Russia. One of them was sent back into Ukraine – Kiev. The other was to be housed in a camp in Russia and await a further transfer. Luckily, he was able to use his mobile phone to contact friends in Krasnodar who met him off the bus and took him to their home.”

We discussed the internal politics of G’s home country. “As happens in a war, Zelensky has become a kind of military dictator himself; he is presiding over a militarised society with what we call ‘black colonels’. A military censor operates.

“Zelensky has decreed a general mobilisation. He is talking of ‘War democracy’ but the unions, as far as they are still able to operate, believe there is no such thing. Workers will fight but are not able to appeal to Russians attacking them to come over. What for?

“I have discussed with one or two political friends in Ukraine. We feel it is obviously not fascism in our country, but it is capitalism with a very wild face! Thieves and oligarchs – a kleptocracy – is behind a corrupted government and a hatred of other nations.”

G talks of his fears of wider economic and political crises developing because of this war as well as severe food shortages. “There will be a huge deficit of staples in Europe – no wheat flour sunflower oil from Ukraine. We can see economic crisis coming, in Germany especially, but all across Europe. Tensions are heightened on a world scale, making the building of socialist movements more urgent by the day.”

Interview with a socialist refugee from Ukraine 2022-04-26
dhammika

Tagged with: Interview with a socialist refugee from Ukraine 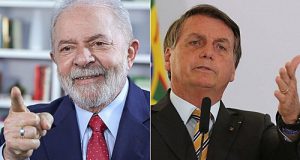